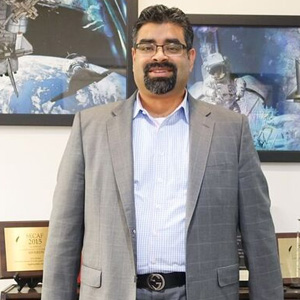 Amit Puri, President & CEO Ingenicomm is a premier provider of ground and range equipment and enterprise engineering services for civil and commercial aerospace programs, as well as the defense and intelligence communities.

A Bit of History

Born in India, Puri moved to the US to enroll in the electrical engineering program at Virginia Tech, eventually receiving Bachelor’s and Master’s degrees in the discipline. Puri then joined Avtec Systems, a small Virginia company that was a key player in the NASA ground system market, supplying much of the technology used to bridge the agency’s various networks. “We used to very proudly say that nearly every bit of NASA’s data passed through Avtec equipment,” recalls Puri. “We worked with all of the high-profile missions: the Space Shuttle, the Hubble Space Telescope, and the International Space Station.”

Possessed of a natural talent for leadership, Puri rose quickly through the ranks. By 2007, he oversaw one of Avtec’s main product lines; when Avtec was acquired by CVG, another small contractor, Puri was promoted to head the combined companies’ ground systems division.

In 2010, the conglomeration of CVG and Avtec was acquired by a larger defense contractor. “They had a very different thought process,” remembers Puri. “At the end of the day, they were a big company with a big company mindset.” Within a few months, Puri left the company and started Ingenicomm together with some of his former Avtec colleagues.

Ingenicomm’s first breakthrough came with the award of the NOAA Jason Ground System (NJGS) program in January 2011. A successor to a ground system designed by Avtec, the NJGS was a next-generation system that would simultaneously support the Jason-2 and Jason-3 ocean topography and climate research satellites. A large, multi-year program, NJGS gave the fledgling company a steady revenue stream and significant recognition within NOAA and the scientific spaceflight community.

At the same time, Ingenicomm was building a product line: the high performance CGS software framework. Its first test came in 2011, when Ingenicomm was commissioned by NASA to implement ultra-high-rate data transport for NASA’s next-generation TDRSS network. Many doubted that NASA’s requirements could be met; but Ingenicomm rose to the challenge, setting a new world record in terms of data rates and winning the company great acclaim within the agency.

The key challenge facing the space industry, Puri notes, is customer-vendor collaboration. Years of budget cuts have left agencies struggling with traditional models of technology acquisition, where agencies simply purchase turn-key solutions from vendors. “Agencies now want to participate more closely in technology development,” says Puri. “They are tired of buying expensive systems that don’t really meet their needs, and then having to keep paying vendors to tweak them.”
The answer is something that Puri calls “vendor-agnostic” equipment— systems that are sufficiently open that the end user need not rely on the original vendor to add or change capabilities. The goal is a collaborative model of development, with the vendor providing a framework and the end user building on it.

Ingenicomm’s answer is modularity. Ingenicomm’s products are based on modular software frameworks that combine ease of use with flexible configurability, allowing customers to rapidly pro-totype, test, and field customized solutions based on collections of discrete functional blocks. For customers looking to avoid vendor lock-in, the frameworks are designed to integrate user-developed capabilities; the end-user of an Ingenicomm-built system can create their own plug-ins, libraries, or modules that can be seamlessly incorporated into the framework.

This is not to say that Ingenicomm sees itself exclusively as a product vendor. The company is equally comfortable as a service provider, offering a portfolio of engineering and support services to government and commercial customers. Most of Ingenicomm’s services work is purely technical in nature; Ingenicomm’s engineering expertise is much in demand for space system design, implementation, and integration. However, Ingenicomm does not shy away from providing other support services, viewing them as part of a broader spectrum of providing comprehensive support for customers’ missions.

Synergy between products and services is the key to Ingenicomm’s success. “Combining innovative products with full-spectrum services is a ‘best of both worlds’ scenario that has put us in a uniquely competitive position,” says Puri. “It’s given us an advantage that we’ve used to drive outstanding performance—both technical and financial—and that has ultimately made us stronger as a technology company.”

Being Small but Great

Ingenicomm’s footprint covers a vast swath of programs that belies the company’s small size. Its most prominent clients are scientific space agencies, where Ingenicomm technology supports missions such as weather monitoring and forecasting, mapping, astrophysics research, and human spaceflight.

The goal is a collaborative model of development, with the vendor providing a framework and the end user building on it

Ingenicomm equipment is used in every NASA and NOAA ground network, by every large domestic spacecraft manufacturer, and by agencies and commercial customers all around the globe. The company also supports numerous defense and intelligence programs, including several critical early warning and missile detection systems. “We have thousands of systems in the field, on every continent including Antarctica,” says Puri when asked about Ingenicomm’s product footprint. “It’s virtually impossible to find a space agency or any other player in the space industry, that doesn’t use our technology in some form.”

Ingenicomm’s ability to find unique solutions to unusual problems has won it numerous awards, including the prestigious Government Project of the Year award for its innovative design of the satellite communications infrastructure between NOAA’s remote sites in Barrow and Fairbanks, Alaska—a move that saved the agency millions of dollars in facility and equipment upgrade and installation costs.

Ingenicomm sees continuous IR&D investment as critical to maintaining its technological lead. In the past few years, the most prominent has been the Rattlesnake card, designed to solve a particularly difficult problem for mission-critical hardware: platform dependency. Typical ground equipment consists of custom-built hardware components hosted in an off-the-shelf computer platform— essentially, a standard server with specialized cards inside. While easy to manufacture, this design means that anything adversely affecting the host platform (a disk failure, for example, or a security update gone awry) will render the system inoperable. To address this weakness, the Rattlesnake design moves all critical functions onto the card itself; so long as electrical power is supplied, it will continue to operate autonomously, ingesting and processing data, even if the host platform suffers a catastrophic failure.

The Future is Small(er)

Where is Ingenicomm headed now? “The future,” says Puri, “is small.” Ingenicomm sees the rapidly expanding small satellite sector as critical to its growth over the next several years, and is making significant IR&D investments to enhance its offerings in those areas. Ingenicomm’s new line of integrated turn-key ground stations has the potential to revolutionize the ground system market for small sets, greatly reducing integration complexity and total system cost while providing the flexibility needed by the multitude of technology demonstration and specialized experiment payloads flown by these missions. Ingenicomm has established a comprehensive technology development roadmap, encompassing a number of cutting-edge software and hardware development efforts to support this market, including new technologies for signal processing, data acquisition, and mission automation. In the long term, Ingenicomm aims to provide a complete portfolio of turn-key ground systems and flight systems that will enable an ever-increasing number of small satellite missions.

Description
Ingenicomm is a premier provider of ground equipment and enterprise engineering services for civil and commercial aerospace programs, as well as the defense and intelligence communities 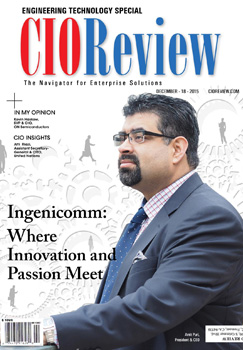