A Business Case for Enterprise IoT-as-a-Service

A Business Case for Enterprise IoT-as-a-Service 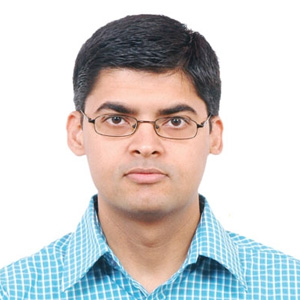 Traditionally, enterprises deal with information flow and data generated within the ‘Internet of People’—the connected world between end-users and business systems. However, analysts and industry experts unanimously predict that with nearly 40 billion connected devices in use by 2020, the timing is ripe for a revolution in the way organizations use technology to collect, store, analyze and distribute data. Hence, in addition to managing data within the ‘Internet of People’, enterprise CIOs will also have to budget for systems, processes and solutions that manage the explosion of information from machine-to-machine interactions within the ‘Internet of Things’.

While most CIOs are coming to terms with the complexities and challenges associated with managing information at this scale, there is a growing realization that IoT represents a technology disruption that could fosterbusiness/process/technology innovation, unlocking new revenue opportunities for existing products and services. In a 2013 survey by The Economist Intelligence Unit, over 95 percent of C-level executives expected to be using the IoT within three years, with nearly 29 percent agreeing that IoT could fundamentally change existing business strategies and inspire new business processes. This optimism is matched by multiple product launches and a rush of venture capital investments, especially around healthcare, personal fitness and consumer wearable devices. There also have been major announcements from industry leaders, like Apple, with its iBeacon devices and Cisco, which is transforming itself around the ‘Internet of Everything’. The acquisition of home automation leader Nest Labs by Google marks the entry of Big Data analytics into the IoT world. All these developments lends credibility to the prediction that demand for IoT is on the verge of a breakout and poised to become a $14.4 trillion market in the next few years.

So what is fuelling this new found interest in the ‘Internet of Things’, and why should CIOs be interested?

Traditional engineering industries like oil & gas, utilities and manufacturing were the early adopters of M2M technologies, deploying RFID tags, PLCs and sensors for telemetry, process control and industrial automation. Though successful within their niche verticals, the technologies to perform such operations at massive scale, for enterprise and consumer markets, were not cost effective. Passive one-way communication limited devices from ‘talking’ to each other. Hence, data generated from such early implementations were restricted to silos, and businesses did not benefit from the ‘network effect’. However, with recent advances in key technology areas, many of these challenges have been overcome:

Sensor Technologies: The cost of passive sensors (MEMS, RFID tags) have dropped to such an extent that it allows them to be ubiquitous. Sensors now have the ability to actively communicate, allowing data to be transferred directly to a database or cloud service. Wireless Sensor Networking (WSN) allows bi-directional data transfer, enabling sensors to also be controlled from back-end systems.

"Elasticity of cloud compute resources and massively scalable technologies like Apache Hadoop, allow Big Data analytics to be run at scales that were not possible before"

Over 63 percent C-suite executives believe that companies slow to integrate with the IoT would be at a competitive disadvantage, however only 3 percent have doubled their YoY investment. Hence, to justify additional technology spend, CIOs need innovative IoT solutions that reduce costs, improve business efficiencies and expand revenue generation opportunities.

Some of the economic factors, technology choices and business cases that CIOs should consider while building innovation into their IoT integration strategy are:

Optimize Human Capital: Labor arbitrage of up to 300 percent can be achieved by having machine intelligence perform tasks like data collection, monitoring and process control. Shop floor productivity can be increased multiple times through IoT technologies in the ‘Lean Manufacturing’ process. Data collected from IoT systems can be fed into the ERP and Process Control systems and need for human intervention can be minimized by having machines perform tasks that require situational awareness.

Improve Process Efficiency and Business Agility: Mesh of hybrid and connected sensors could keep track of warehouse inventory, production capacities, fleet locations, goods in transit and consumption at Points-Of-Sale. By feeding this information in realtime into business systems the E2E supply-chain can be monitored and controlled to obtain extremely high process efficiencies. The IoT system also improves business agility by predicting demand spikes, and ramping up just-in-time procurement, scaling up production and adjusting distribution schedules.

As organizations expand their rollout of M2M/IoT infrastructure, the volume of data generated grows exponentially, up to the point where it becomes unviable to manage it efficiently within the enterprise IT system. Hence, CIOs can take advantage of the economics of private cloud services to securely store the growing volumes of data, directly from various connected devices and distributed IT systems.

Having unshackled data from various silos within the organization and centralized it on the cloud, CIOs can then turn to data analytics to unlock the value contained therein. Elasticity of cloud compute resources and massively scalable technologies like Apache Hadoop, allow Big Data analytics to be run at scales that were not possible before. Analyzing and co-relating data from previously unconnected systems help business users derive actionable insights, which can be used to identify  latent market needs, create new revenue and growth opportunities and influence business outcomes.

Optitex: The Coming Revolution in 3D Technology for the Fashion Industry

Unlocking the Value of Connected Cars

Comprehensible Distribution of Training and Information...

The Current Focus is On Comprehensive Solutions

Big Data Analytics and Its Impact on the Supply Chain

Carmax, the Automobile Business with IT at the Core

The CIO's role in rethinking the scope of EPM for...

Transformative Impact On The IT Landscape

Get Ready for an IT Renaissance: Brought to You by Big...

Technology to Leverage and Enable

Speed is the Name of the Game

How Path To Production Ensures Safety And Soundness On Our Digital...

Bringing People And Technology Together

Reaping What You Sow From Cloud Computing In Variable Industries